If You Don't Break A Sweat, You Are Doing It Wrong...

I will begin this blog entry not with some lame excuse about where I have been for the last two months, nor will I whine and complain about having a hard time, fear over pork futures, uncontrollable diarrhea, erectile dysfunction and/or mental defect or reason of insanity.
Nope, none of that. I will get right down to business. Unless you are as unfortunate as my pal George in Vermont or my punk sister high in the Sierra Nevada mountains in California, Spring has basically sprung and riding is once again good. I have changed up my typical spring this year. In years past, I would ride my ass into oblivion, throw in a few 6-12 hour death-on-a-stick training races and try to be somewhat fit for the summer and early fall primetime racing months. This year, I have no spring races scheduled and have been focusing on just riding my bike. I started riding my bike 20something years ago because it is fun (plus I was tubby) and I found myself getting away from the fun aspect and that is just wrong. I have been doing 2-5 hour endurance rides, mostly on the road with a mix of terrain but still somewhat climb heavy because I like pain.

I have enlisted the services of Varinka Williams, a friend, riding pal and she has become my psuedo-personal trainer. She is helping me straighten up my crappy eating habits and helping with my motivation. The goal: the 2013 Cyclocross Worlds in Louisville KY. Yep I am focusing the next two years of my racing "career" on going to the Cross Worlds in the best shape I can be in. I still will be doing some endurance off-road stuff, just not anywhere near as much as in years before.

Speaking of Kentucky, Varinka and I went to London last Saturday and did the Redbud Ride. 104 miles of rolling hills and pretty Kentuckyness via bicycle. 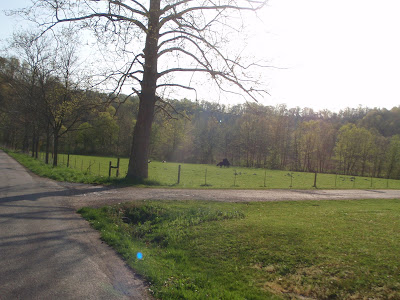 Look closely and you will see how hamburger is really made.. 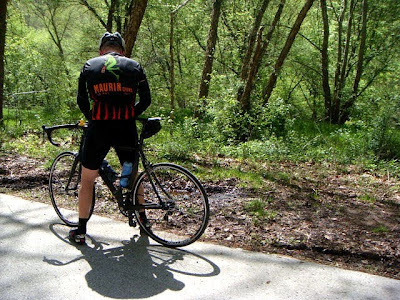 No blog post would be complete without a pic of me taking a pee.. 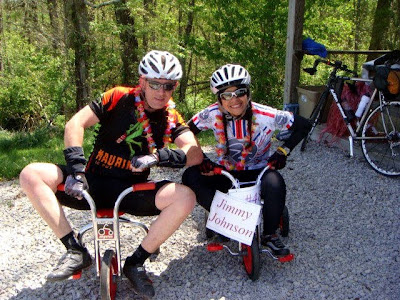 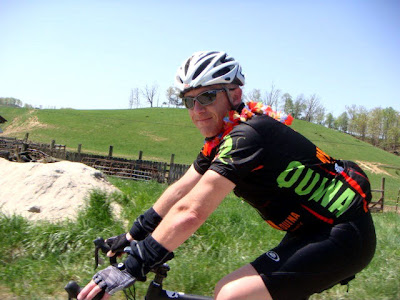 We were supposed to do 104 miles but that became 107.5 when we missed a turn (wasn't my fault I swear) and we rode around for a bit until it just didn't feel right and we turned around and found our way with the help of a few others that were lost too.. 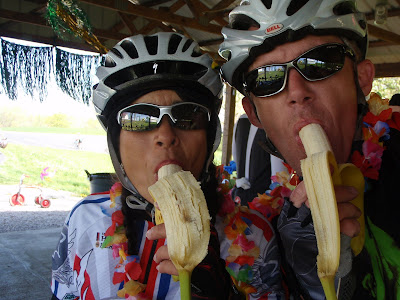 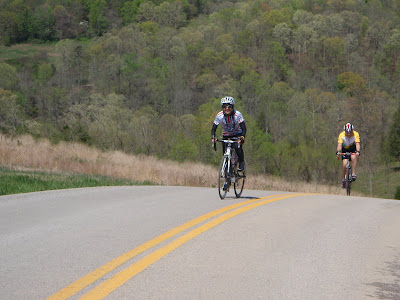 Varinka "chicking" a dude on one of the few 20% grades we found in eastern KY..

It was a really fun event and just what I needed right now. I feel like I am right where I want to be right now. Many thanks to the organizers and volunteers that made the Redbud Ride cool and to Varinka for telling me about it and hanging out with my sorry butt through 107 miles of east KY wilderness..

Before I go, I want to show you my new bike. This one is a bit different than the ones I normally ride: 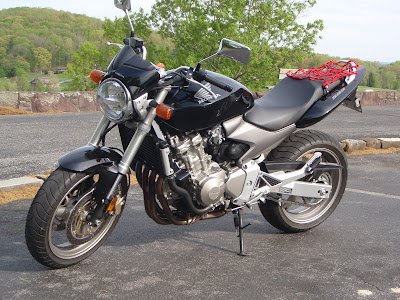 I got a sweet deal on this 2006 Honda 599 "Hornet" from my buddy Mark Prince. I have always wanted a street bike and just never got one. 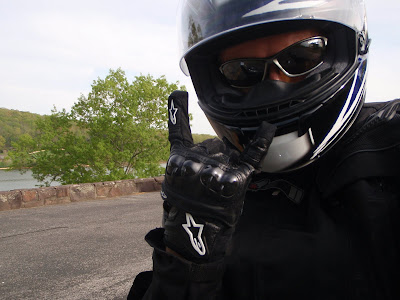 As much as I love bicycles, this thing freaking rocks! 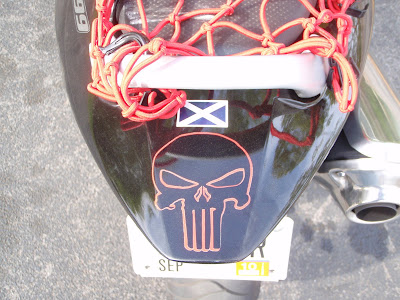