It's officially the crap season in North America. It's cold, dark at like 3:00pm and cold and wet and dark. For solar powered lovers of outdoor exercise and related Tom-foolery that poses a bit of difficulty to our lifestyle. Given that and my need to punish myself physically and have fun, I accepted my sister's invitation to enter the Double Trouble Duathlon at Bays Mountain in Kingsport, TN yesterday. After signing an affidavit that I would not have to run any, that I was merely going to be a hired gun on the mountain bike leg, Megan entered us and it was on. 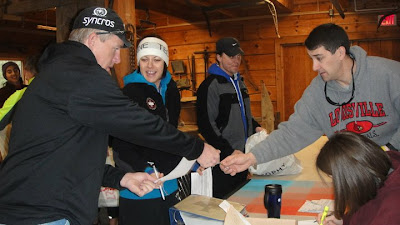 The format was a 5k run, 15k bike and 5k run. The bike portion was hilly but skipped some of the nasty climbs at Bays Mtn and I was looking forward to getting out there and playing some. Megan warmed up while I played on my bike. 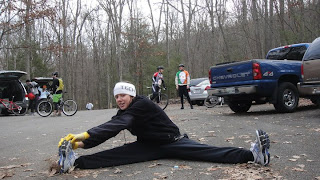 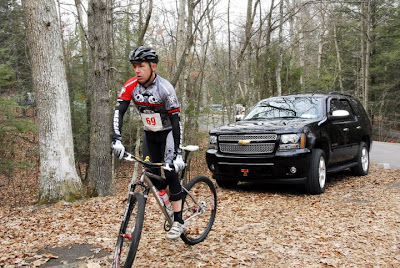 ﻿And took time for some candid shots with my peeps..... 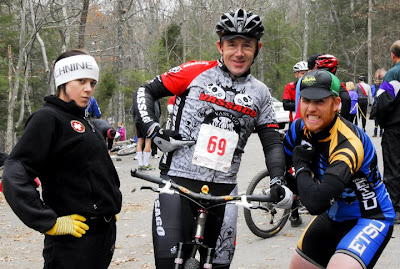 Soon it was time to get serious and race. Megan lined up with 40something other competitors and they were off. She would be out for about 30 minutes and then it was my turn to unleash the devastating power of the Pato. 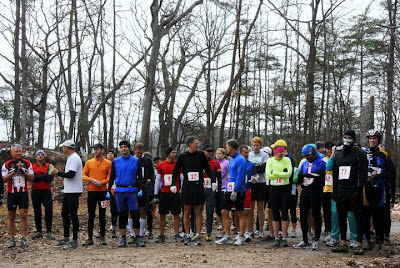 She had a decent run considering she hasn't been running much lately (the Archer kids rarely overtrain...... :p) and she came in with a respectable (and injury free) time. 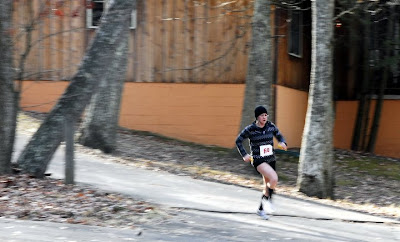 Now it was my turn to do what I do best. I took off and immediately caught  several riders that had the nerve to get out of the transition ahead of us. On the first climb I caught 7 more and over the next few miles, I caught more. Fifteen total. I was having a load of fun. Granted, many of the people I was passing weren't strong in cycling and could assuredly whip my butt if we were running. But we weren't running and that is the difference. I had some strong friends of mine out there with about a 9 minute head start and my goal was to catch them but it wasn't happening. I got off the mountain and back to the valley road and just cruised into the transition. 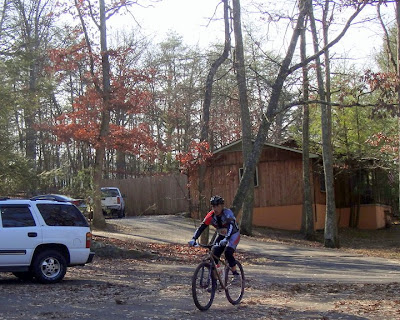 Megan took off on the second run leg and she pretty much left it all out on the trails. I am proud of how she can dig down deep and deliver the goods when it counts. She did great! We ended up 15th overall and 2nd in Co-Ed and had a load of fun in the process. I can't wait for the next one!

Thanks Megan for inviting me and many thanks to Varinka for the pics and the cowbell ringing that could be heard all over the valley. It definitely helped! I'm glad you were there. 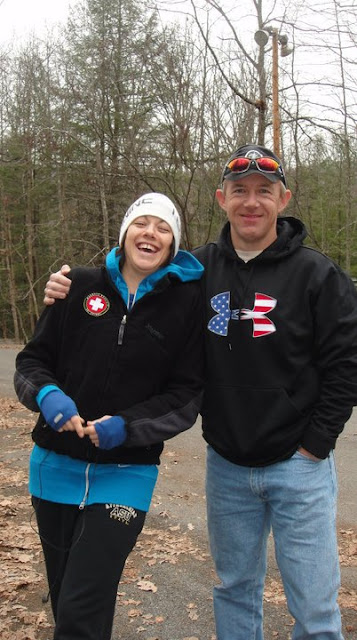 Ok so I am a little behind in blogging about the life and times of the greatest female impersonator and legendary cycling icon - me. I am sure nobody has lost any sleep over it. I have been doing some bike racing believe it or not, in the form of the Mud, Sweat and Gears series final on Dec 4.

The final round of the Mud, Sweat and Gears cyclocross series rolled into The Farmhouse Gallery in Unicoi TN amid cold, frigid air and snow. Ok fine. Cross people are used to crappy weather and we wear it like a badge of courage. The unfortunate thing is when it "warmed" up enough to rain. Rain @ 34 degrees pure sucks but at the same time is strangely fun. My agenda was the Masters 45+ race then Singlespeed later in the day. I got dressed and got my bike and tried to warm up before the Masters race which was pretty much a joke. It was cold and I am a baby. I tried to channel some toughness from Jens Voigt and suck it up and really it wasn't that bad. The bad was coming. 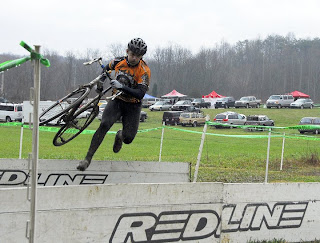 I got a decent start, 4th or so and really didn't feel that great. The course was really nasty in places and very slick. I ride great in stuff like that but I managed to get caught in a few mishaps when others around me had problems and I faded to 10th by midpoint of the race and that is where I stayed until the end. Soaked and cold, I went to the car to warm up and get my clothes for the next race... Uh..... about that.
It seems that I brought only enough warm stuff to stay warm if I stayed dry. If this was my first year of doing stuff like this we could excuse me and say ok, lesson learned. But since I have been racing cross for 6 years and racing and riding my bike in crappy weather for much longer than that, I have no defense excpet to plead temporarily stupid. It's ok my sentence would be carried out quickly and my suffering was ensured.
I had 2 hours to contemplate putting wet clothes back on and racing again. The rain never stopped and neither did the shivering. I was shivering at just under my threshold pace and warmth was something that happens to "other people".  Time ticked away and I was doing more waffling than a politician a week before election day. Finally as they called singlespeed to the line, I was getting my bike off the car and airing the tires. Wet clothes in the cold is tough. I rode to the line with no warm-up and expected to die quickly but I was going to die on my pedals and not like a little girl cowering in the front seat of my car with the heat on.

Jens would be proud.


At the start, instead of falling over in a hypothermic state of shock, I got the holeshot and led the first lap. I went with it and tried to formulate a strategy but I knew I had a couple of really strong guys behind me. I had to push hard if I was going to stand a chance to win. 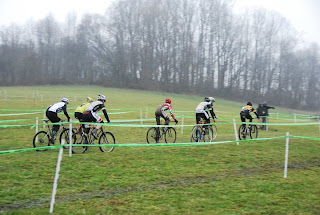 By now, the course was waaaay sloppy and I was happy to have the fat tires of my singlespeed and disc brakes. 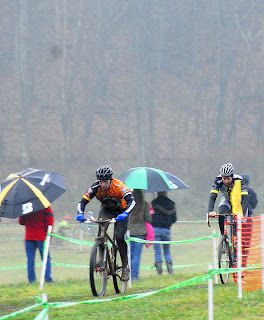 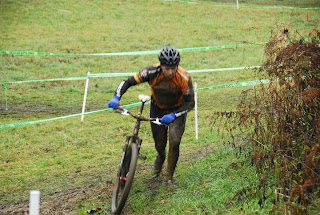 I got passed by my friend and Pro 1/2 racer Mike Seek and we traded spots back and forth but he eventually got tired of playing with me and rode off. I wasn't cold anymore at least. As the race got into the final laps, I crashed on a sloppy off camber and slid on my stomach all the way off course. I laughed. Another buddy, Steve Stidham, got by me and paid me back for beating him in the Master's race earlier. On the final lap I made an effort to catch him back but my legs said no and I settled for 3rd place.

Brown is the new black. I'll be warm by Tuesday.
Posted by Duckman at 2:54 PM No comments: